This is the second of Exygy’s series Leading the Future: Her Point of View. Our phenomenal interview guest is Cyd Harrell. 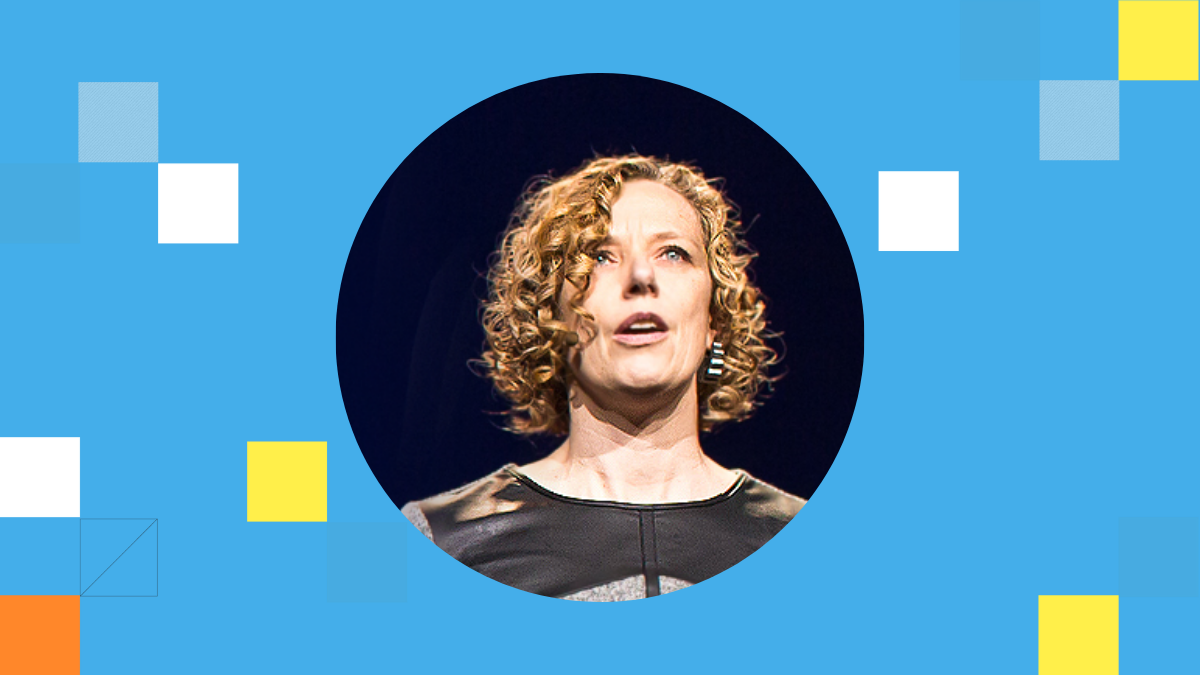 This is the second installment of Exygy’s ongoing interview series Leading the Future: Her Point of View. We hope to uplift present-day changemakers who are moving the needle at the intersection of equity, social impact, and technology. They deserve our continued recognition. Originally inspired by Women’s History Month in March, we’re excited to extend the celebration of women leaders outside of one month into ongoing conversations, reflections, and inspiration. This series is hosted by Roshen Sethna, Civic Partner at Exygy. Watch the full interview here.

Sethna: Tell us about the research on pandemic unemployment that you’re doing, how you conducted it in this remote world, and what you learned.

Harrell: I worked with the National Conference on Citizenship at New America conducting a study headed by Dana Chisnell wondering what it was like for people to access safety net services like unemployment in the first months of the pandemic when everything collapsed. So many people needed help. This was some of the most intense research I’ve ever worked on. A really interesting focus was to collect stories and bring them as quickly as possible to policymakers who needed to understand what was going on and what they could and should do about it.

And the idea was in four weeks to get as many stories as possible from Americans affected by unemployment or some other economic hardship from the pandemic and understand what was happening and what they were doing. How are they trying to get help? If they couldn’t get help from the government, where were they turning? The study was really designed as collecting a story and having a conversation. Our recruitment team was amazing at pulling together a really diverse set of Americans across a bunch of states and backgrounds. People were really in dire circumstances, and we actually engaged some extra care for the team because the stories were so hard to hear.

Each researcher who did a session took it and massaged it into a two to four page story almost immediately, and shared it back with the participant and shared it  with the group. And then every week, those were sent to policymakers as a digest of stories that we heard. We got to do this really intensive synthesis process where we used multiple methods to comb through all of those interview transcripts and found every piece where someone described waiting during their experience. We did the same synthesis around metaphors to come up with our canonical statement of what’s going on here: “We are trapped in a game that we don’t know how to play and that we definitely don’t know how to win.”

Sethna: Something at Exygy we’re always talking about is how to do equitable research; not be overburdening people who are already in really tough situations. You mentioned you shared the stories back with the interviewees. How do you respectfully engage with people throughout the research process?

Harrell: We asked what they were comfortable with in terms of sharing with policy makers; whether they were comfortable with a first name, et cetera. We also paid people. We also did a practice that’s moderately unusual in remote: we paid them immediately by whatever means they wanted. If they had a cash app or Venmo or whatever, we just paid them and dealt with the admin on the backend. I’ve never done a little technical research change like that, but it was appropriate to the circumstances.

Harrell: My colleague Dan Hon, who I work with sometimes, leads a company called Very Little Gravitas that was contracted to develop a three-year strategy for the California Department of Technology. What does the California Department of Technology need to do and what should it be aimed at? By 2023, the focus was on how people are using  technology to accomplish their missions and how barriers in technology hold them back from accomplishing their missions.

When the pandemic happened, the state had to go remote in a matter of a few days for almost everybody who worked in an office out of all 230,000 or 270,000 employees. We conducted a pretty broad survey of employees and discovered that most people were up and running in days remote from home. But, there are still some places where broadband in the state of California doesn’t cover every area. There are people who had difficulties with internet access and access to tools, laptop configurations for remote working. A lot of people didn’t have cameras to do video calls. We looked at where our collaboration gets stuck between different departments sometimes just because of tools. And then we looked aspirationally at what the state wants to be doing in terms of digital services and in terms of having  a resident centered perspective. It’s actually a pretty extensive website and there’s a research document on there. That’s a pretty long document, but it was a really interesting set of people to talk to. Definitely an honor to be a part of that project.

Sethna: What were some of the insights or actionable steps that came out of it?

Harrell: Some of the biggest things are that if you want to take that old quote that the future is not evenly distributed, as in the future of tech is unevenly distributed across different government departments. At some point the state is going to have to pause and think about faster innovation and give all of the departments the ability to do the basics that a business expects to be able to do these days — online collaboration, easy remote work, building a website landing page, creating a quick dashboard without having a contract out through a procurement process. That was a pretty interesting recommendation. There was some stuff around how to make collaboration, with tech work. We referenced their data strategy which is a really interesting building block.

Sethna: Cross-jurisdictional collaboration is extremely crucial for the success of large civic tech initiatives; something Exygy is getting into with our affordable housing work, Bloom Housing. How have you seen such collaboration work well across jurisdictions?

Harrell: I don’t think I’ve seen anywhere where it isn’t hard, but I do think that it has been successful in some places. I actually think there are only two vaccine registration systems in use right now at the state level. One of them was created by the federal government with a consultant, and the other one was created by a team in Maryland that was an expert in vaccine distribution. And I believe those are being improved with a fair amount of collaboration. There are resources like the State Software Collective at the Beck Center at Georgetown, where they’re really working to try and encourage and support more of that. It would save a lot of money, a lot of time, and a lot of headaches if states could all have access to a suite of data and information.

Sethna: I know you’ve just published this book called A Civic Technologist’s Practice Guide about how designers can enter civic technology and understand government. What are some of the things that you decided to write upon?

Harrell: I wanted to write a grounding document and hopefully one of the early books on what I really hope will be a whole shelf of books about civic tech for anybody who is in the private sector and wants to work in a public sector or who is in the public sector and wants to learn a shared set of vocabulary useful to this work. I wanted to lay out: When we talk about American government, what do you need to know? What do we need to be careful about as people coming in from a privileged field of technology or whatever other privileges we’re carrying? What’s the work actually? What should you expect? What kinds of projects happen? What are different ways that you can partner? What do you need to know about the types of people you’ll encounter? What are the long-term sticky problems that you might contribute to solving, but that are really going to be out there for a long time? My last two chapters are about harmonizing tech and government; ways of working, taking care of ourselves, and the long-term work of this.

Sethna: Are there any resources you would point designers to who are trying to build in the public space and are specifically trying to focus on equitable and ethical design?

Harrell: Absolutely. The Creative Reaction Lab out of St. Louis has a number of terrific resources: their Equity-Centered Community Design Field Guide along with some other things. If you’re just looking for civic tech projects, there’s the Civic Tech Field Guide put out by Civic Hall that has an enormous list of projects around the world. We designers don’t always think of ourselves in code for X type spaces, but the Code for America Brigade Network is in an awful lot of cities. You might be able to find a place near you to meet with like minded folks and see what kind of problems are available for designers to contribute to.

Watch the full interview. Stay up-to-date with Cyd’s work by visiting her website, reading her book A Civic Technologist’s Practice Guide, and connect with her on Twitter!

Who are the world-changing women in your life that deserve more recognition? Use #LeadingTheFuture and tag us on Twitter @exygy with your response! Stay tuned for more Leading the Future: Her Point of View interviews coming soon.

Roshen Sethna is a partner at Exygy with experience in organizational leadership, digital innovation, and product management. She has guided Exygy’s top civic sector clients in implementing user-centered and agile methodologies. Her clients include the Judicial Council of California, San Francisco Unified School District, Center for Effective Public Policy, and the Metropolitan Transportation Commission. Roshen also led the Exygy team to design and build an open-source, digital, affordable housing platform that is being scaled across four jurisdictions in the Bay Area.

No items found.
Breaking Barriers to Innovation in Affordable Housing