A Modern System for Affordable Housing

How many of you have had hurdles when interacting with government services whether online or offline? [hands raise] This is so perfect. I have a perfect presentation for you. So I'm going to talk about Exygy's work with the Mayor's Office of Housing and Community Development. We've been working with them for the past two and a half years to build a product called DAHLIA which a lot of you are really familiar with, and as Phil mentioned, I'm a partner at Exygy. I focus on our civic tech practice. We work a lot with the City and County of San Francisco and Bay Area governments.

Let me start by telling you a little bit about the challenge we were facing a few years ago in affordable housing. San Francisco has some really ambitious goals to build affordable housing. Everyone is probably familiar with the issue of housing stock in the City and being able to find housing. The City is slated to build 30,000 new housing units by 2020 and 10,000 of those are going to be permanently affordable. But, it is really hard to find these listings.

You're probably familiar with government websites. This is how the Mayor's Office of Housing and Community Development site looked like a few years ago. It has evolved since but very text heavy, formats hard to determine what link I should click on first, what I might be eligible for, and this is not the only site you can go to for housing, right? There are other non-profit sites, other agencies, like the Department of Public Health, also deal with housing. It's inconsistent information across tons of different sites, different eligibility criteria - hard for someone who might be in an emergency situation to navigate all these different resources. Let's say you did find a listing that you were really excited about and you wanted to apply, what happens next?

This is kind of what you were met with. This was the application process a few years ago. It was all on paper and each building had a unique application, so there were different applications for each building. You had to make sure you had the right one and they were very long. They asked for a lot of supplemental information from people, a lot of documents. They took several hours to several days to fill out sometimes and then once you were done with that application process, you had to go back in person to turn it in. And what does everyone do when they have a project that has a deadline? They procrastinate till the very last minute. So you know, long lines would form on the day of the application due date and there would be a lot of stress in terms of getting in your application by 5 pm that day. And then once you did submit your application, the post application process was also really opaque.

San Francisco runs on a housing lottery system which means that, let's say a building had a thousand applications, the City would run a lottery and then the building manager uses that lottery ranking to lease up the building. The lottery process as of a couple years ago was done manually. That is a lottery drum. The tickets were put in, literally a thousand tickets sometimes more, for a listing and pulled out manually. They had to pull out every single one for transparency purposes. People wanted to make sure, "Hey, did you have my ticket in the drum?" Really an archaic process, really time intensive. In 2015 we started this project and we met all these challenges with our product that's called DAHLIA. Exygy was the engineering and design team that worked with the mayor's office of housing on this product. I am going to demo it really quickly for you guys. We don't have a ton of time, but I want you guys to see the product.

‍There are two things we did: standardized the listing format, and standardized the application process. Now every listing looks the exact same on the site. We've intentionally prioritized pieces of data that users care more about to determine their eligibility for example to a listing, then deprioritized stuff like pet policies and smoking policies that aren't as relevant in the beginning of their journey.

This standardized process means that people know what to expect when they go to the site. They have a really consistent experience from listing hosting. They decided, let's say, to apply to Howard Street Apartments. They would click on apply online and this is what we call the short form application process, so emphasis on short. It's translated into the City's main languages and it's a step-by-step application process giving the user a lot of context, what documents they might need, things like that. We've taken that several hours, several day process and shortened it to 15 to 20 minutes online. We only asked for one piece of supplemental document information.

One thing that's really important is, for example, if we enter a birthdate that's too young. You can do a lot of things with the web that you can't do on paper. You can start to flag certain things like, "Hey, you're actually too young to be the primary applicant on this housing listing. This is more important when you can start to flag things like, "Hey, actually your income is too high for this listing. Maybe consider another listing." It means that we can send more eligible applications through to the building managers which saves them time and also saves applicants time not wasting time on things that they're not eligible for. I'll let you guys go explore that on your own time. We'll go back and show you the end state.

This is what the end-state kind of looks like. Let's say I submitted my application. I actually get an electronic lottery ticket number and I can save this to an account to save it for later, which is actually really important for folks that might be in emergency situations. It's hard to keep track of paper. Things might get lost or stolen, so it's really great to have a central database that they can reference for their lottery ticket number. On the City's end, they now run an electronic lottery that takes way less time than a manual lottery. Here are some results that we've seen from the site.

We've had 50,000 applications since that feature went live. When an online application is available for a listing, 85% of people use it. There's still a paper application that mirrors the online application if people want to apply on paper. We've had over a million site visits as of last fall, so this has started to give the City a lot of great analytics data that starts to influence housing policy: What type of units or buildings should we invest in? Who's applying? Who's not applying. Who's dropping off in the application process and why are they dropping off? Was their income too low or too high? Things like that. Where can we redirect resources to serve those people?

What is next for DAHLIA?

What is the vision beyond San Francisco? We've done this work within the City and County of San Francisco, but we believe that people don't live their lives within the confines of the county. You might work in one county and live in another. You might move to get your kid into a different school district or because you change jobs or to be closer to family.

Our vision is for a regional affordable housing resource, and so we've started to chat with a bunch of different counties about this. But, I wanted to talk a little bit about why being open source helps us do this. DAHLIA the product is open source. Right now it only exists in San Francisco so we have DAHLIA San Francisco, which you guys briefly saw. That site actually interacts with a standardized database of those listings and applications. It pulls from that database to show you the housing listing, and once you apply it takes your application and puts it back in that same database. That's the DAHLIA system in San Francisco. If another county wanted to do this, let's say Santa Clara County, they could take the open source code that is the DAHLIA website and spin up their own version of DAHLIA. They would have to build their own housing database that would have to sort of mirror and be really similar to San Francisco's database: mirror the same listing format, mirror the same application format. Because of that, it becomes a lot easier to envision a regional affordable housing resource that can pull from both the DAHLIA system in San Francisco, in Santa Clara County and Alameda County and San Mateo County.

The user doesn't care where the housing comes from. They don't care who funds it. They just want to be able to find affordable housing in the region, so it creates a better experience and a more standardized experience for them.

It Comes Down to the User

I think market rate housing seekers are really used to the Zillow's and Trulia's and Pad Mapper's, and even Airbnb. We're used to a certain experience online. A lot of affordable housing seekers are people interacting really frequently with government services are not used to that same experience. Our ethos is to treat them in the same way a market rate housing seeker would be treated and because of DAHLIA's open source, we're able to have those conversations and spread that to other counties. This more recent user said, "Why wouldn't we want to make these listings look really, really nice? I just think that the low income population deserves the same level of respect as people who can pay six thousand bucks a month." That was a pretty powerful quote.

We are currently talking to three main Bay Area counties to spread DAHLIA. We are looking for counties and cities that are interested in learning more as well as housing developers that are interested in learning more. If you're a technologist or a community organizer that wants to get involved in spreading DAHLIA, we'd love to talk to you also. There's actually a lot of people in this room that have also worked on this application. You can talk to me or talk to one of the folks at the City or at Exygy. We'd love to tell you more about it

No items found.
5 Tips to Modernize Your RFP Process 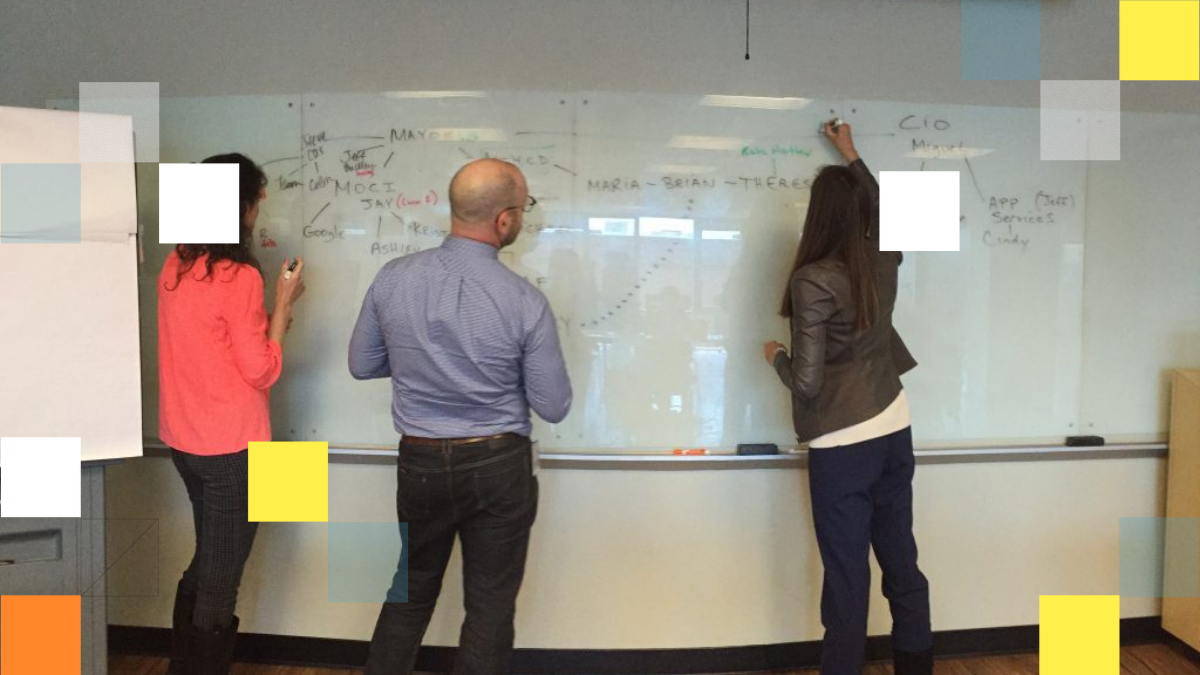